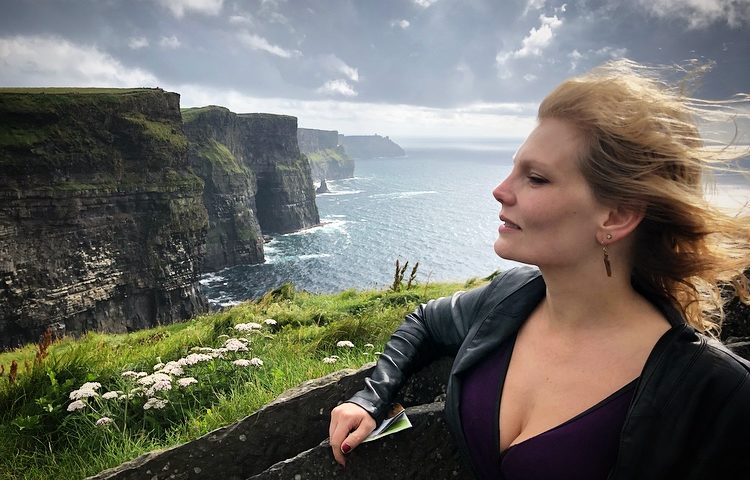 Thanks for visiting my blog! If you're new, I think you'd love to read my FREE e-book "From Anxious to Unstoppable" that has 5 carefully selected stories and exercises to give you clarity and increase your confidence at work step by step "Click here to download the e-book for free! 🙂

I’m such a loser.

I kicked an empty can of beer on a sidewalk and it rattled down the street, ending up in a puddle. I was walking aimlessly through London in a pouring rain. I had forgotten my umbrella again and was soaking wet.

Great. At least no one can see my tears.

There are good days and days that want to beat the crap out of you, make you crawl into your bed and cry. This was one of the bad ones.

I had worked hard on a concept for a new project for weeks, but when I showed it for my boss and colleagues no one liked it and I was ridiculed front of everyone.

They say that if you want to please everyone, sell ice cream.

Yet even if you were selling ice cream, someone would complain that it’s too cold or too soft, too expensive or too cheap to be of good quality, that you’re not friendly enough or you’re smiling too much and it’s creepy. Not to mention how unethical it is for you to sell milk-based ice cream or that your vegan selection has ruined the back-spine of the country.

We all will receive criticism and negative comments at some point of our lives.

Negative comments tend to bring in the emotional baggage

So, if we all receive negative remarks, complaints and criticism during our lifetime, shouldn’t we be used to it already? Shouldn’t we be able to brush it off and move on?

See, the hurtful words from strangers as well as our friends, managers and colleagues tend to trigger memories from all the negative situations in the past, causing a snowball effect.  It’s not only what they say, it’s also how it’s said.

All depends on the context.

Our brain starts searching for the memories: we’ll remember similar occasions when we screwed up, stuttered or said something silly. We remember all the moments where we were made feel useless, stupid, ugly, unlovable, and so on.

It will find whatever proves that what they said about us is true.

We’ll go through the memories in our head, becoming our own worst critics. We’ll start overthinking and blaming ourselves. We’ll feel worse by the second.

But it doesn’t have to be that way.

How to deal with criticism at work and personal life

We all have positive and negative situations and comments that are stuck in our head since our childhood. They shape us. They make us who we are.

But whether you let them affect your current reality or not is up to you.

I used to be very sensitive to criticism and took it personally, getting into that spiral of negativity, until I started using a method that built my resilience step by step.

I hope it’ll help you as much it has helped me : )

The next time you’ve been criticised or receive a negative comment that hurts, take a break of 10 minutes, find a quiet place and write the following questions down in your journal or mobile:

1. Did they criticise me personally or my project/idea/set?

Projects, ideas and stories etc. can become our babies and we have a tendency to take any criticism against them as an insult against ourselves. Yet it’s important to take our ego out of it, step back and have an objective look at what they said.

Write down in bullet points exactly what they said and mark next to it whether it was about the project or your persona.

Think about it. There’s a big difference.

2. Is what they said valid? Still?

Some criticism and comments are simply not true and are only meant to hurt you. Some are only based on the bad first impression or a perception that the person got on a specific circumstance when everything went wrong.

Look at what they said and ask yourself: is this true? What exactly is it based on? Do you remember any occasion when this is NOT true?

And before your brain hi-jacks you with negative memories, remember that we react the strongest to the comments that touch a sore nerve. HOWEVER, it might have been true in the past, but not ANYMORE.

So write down next to the comment – true or false and then shortly justify it.

It’ll help you to separate the past from the current reality.

3. Is it an area I could improve or is it actually a compliment in disguise?

It might be painful, but it’s an occasion to improve or to grow as a person. More it hurts, more it’ll help you to get better.

You might have also discovered one of your strengths.

Have a look at the statements and the answers you’ve written down. Ask yourself: Is there anything good about this? how could I improve in this area? Then write it down.

This will help you to turn this situation into a positive one.

4. Why should I care about this person’s opinion?

Now the most important part: If the comment was said in a constructive and respecting way, consider it anyway. Like I said, there might be some truth even in the worst comments that help you to improve.

If it wasn’t … understand that anyone who is treating others without consideration and respect is below you. It’s not a sign of strength. It’s a sign of weakness.

Have a look at them. How is their life? How is their experience in your area? Are they an anonymous troll? You might be doing what they’re afraid of. Sometimes it’s a power play, sometimes it’s the insecurity talking.

Bully before you get bullied, right?

However, at times it’s the closes to us that hurt us the most, not always because they don’t love us. They might want to protect us or they’re afraid that if you’ll succeed, you’ll leave them behind.

Take the final step and write down who said it and whether you should care.

Remember that everyone has an opinion, but in the end it’s your life. Not theirs.

Use the criticism as a motivation to prove them wrong

But that’s exactly why criticism is great.

Don’t get me wrong. It still hurts, but it can give you more power instead of making you weak. It’s up to you.

When criticism triggers your insecurities, it creates energy. Use the anger and hurt to your advantage: It can be extremely motivating to take the hit and see whether there’s something you could use to improve yourself and turn it into a strength. Forget your past failures.

Time heals, but only if you let it heal.

I know you can x

Ps. If you need a change or you’re not sure what you’d want to do, I recommend you reading these two articles: What not to do when planning your next career move and How to change your career at 40 or 50

Thank you for reading this article!

I'd love to offer you for FREE my e-book "FROM ANXIOUS TO UNSTOPPABLE: How to be more confident at work" with 5 carefully selected stories with practical advice and exercises to:

- help you build up your confidence step by step 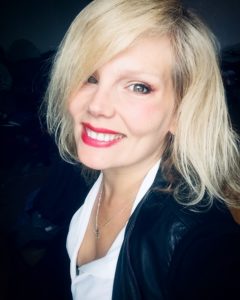 Everyone deserves to be happy. I want you to see how amazing you really are.

I believe that there are no “lost cases”, just people who haven’t had anyone believing in them, holding them accountable and bringing the best out of them, as an individual and a team member.

There’s nothing a happy, appreciated person with purpose and confidence can’t do.

In B2B Marketing Magazine’s Top 10 list of women making the biggest impact in tech in 2019.

Having developed a method to overcome social anxiety and fear of public speaking, my story from a bullied small-town girl to an International speaker, Head Tutor at The University of Oxford and global manager at Siemens has been inspiring people around the world.

I’m a chairwoman, keynote speaker and panellist in International conferences across 3 continents and over 15 different countries incl. cities like New York, Manila and London.

Let’s make a difference together: I run sessions tailored for the new normal on happiness, confidence and digital: to book me as a speaker or a life coach, please contact me here

Get my FREE e-book

5 carefully selected stories with practical advice and exercises to:

- help you build up confidence step by step

Welcome to my blog!

As a thank you, I'd like to offer you for FREE my e-book with 5 carefully selected stories with practical advice and exercises to:

Thanks for visiting my blog!

I'd like to offer you for FREE my e-book with 5 carefully selected stories with practical advice and exercises to: